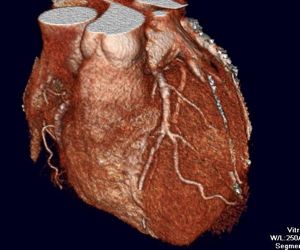 Young females are suffering from a new form of heart attack – women who are otherwise healthy. Scary but for a yet unknown reason women (average age 52) have had sudden rupture of their coronary arteries (vessels that supply the heart muscle). One or more of the inner layers of the vessels just blows out! Seen rarely in men, this condition accounts for over 1,000 heart attacks in UK (350 in Canada) at present. It is only just now beginning to be recognized and counted. Emotional and hormonal factors have been implicated but not confirmed. So please think that your chest pain could be serious – especially if you engage in extreme physical exercise or stress, and be extra vigilant if you are pregnant.

Remember having cardiac disease risk factors (such as obesity, high blood pressure, Diabetes, smoking) is not a prerequiste. You can be completely healthy and out of the blue – suddenly comes a heart attack.

You Missed Your Heart Attack!

Not all of life’s health events are noticeable; even your heart attack can be silent.

The philosophical question comes to mind – was it ignored or did it truly occur without any bodily hint?

Did you feel something – a discomfort, anxiety, or tiredness – just ignore it, and with time it went away? We are all guilty of waiting to see if our body’s complaints resolve without medical care – myself included. 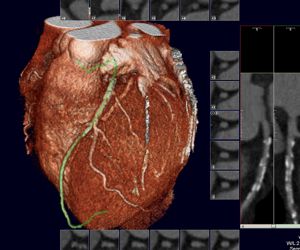 Z. Soliman, M.D., a researcher at Wake Forest Baptist Medical Center, found that nearly half of occuring heart attacks (MI) are silent. A person may not always have the classic symptoms such as pain in the chest, cold sweat and shortness of breath. This is the first evidence of how prevalent silent MIs are.

Results from a study of nine years showed silent MIs:

What to do? Know if you are at risk, listen to even subtle changes in your body.

Risky, Cannabis and Your Heart

It is well known that the ‘pot’ (‘skunk’ to some) your grandmother enjoyed was much less potent than today’s strains. 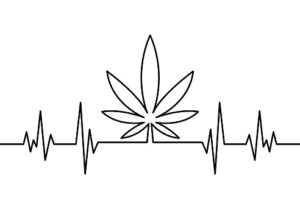 Along with interacting with prescribed medications, cannabis can affect your heart. No matter if it is smoked, vaped, or eaten. Some presume eating cannabis is safe not so,  also with more and more vaping associated lung problems have arisen.

Like most drugs, cannabis is broken down in the liver, where so many medications such as blood thinners, and heart drugs also are.

While research including from the American Heart Association touts the positive effect of cannabis on pain, there is a dark side. A study out of Canada’s University of Toronto found an increased incidence of a heart attack in certain users. Pretty serious!

-Of the 17% of adults who reported using cannabis within the previous month,

1.3% later had a heart attack while only 0.8% of non-cannabis users reported the same.

This study did not specifically research the exact mechanism for cannabiss’ affects the heart, however previous research had shown, this drug can affect the user’s heart rate. Irregular heartbeats effect oxygen consumption by the heart muscle, any mismatch can precipitate a cardiac event. ‘Adults under 45 years old who consumed cannabis within the last 30 days, suffered from nearly double the number of heart attacks than adults who didn’t use the drug’, according to research published in the Canadian Medical Association Journal.

In any therapy,  a health care person must weigh the merit versus the risk of procedure or medication. 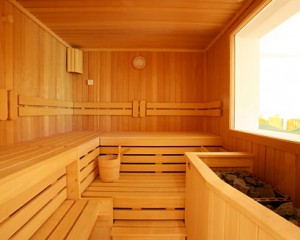 Yes, I blog allot about the heart – what is good and bad for it – perhaps it is because in the USA over 550,000 die each year from heart attack the Number 1 cause of death. FYI – stroke is No. 5!

Worth the time form this evidence however exactly what is it about the sauna experience perhaps a meditative state that we know contributes to total health.

You will be hearing allot about ‘heart failure’ (HF). No that does not mean a heart has a “F” score!  New drugs for this condition are everywhere from the financial news to medical journals. This blog aims to ‘wise u-up’ on this condition.

Background: The heart is a pump with 4 chambers (compartments). The heart can stop to work properly for a myriad of reasons, only one of which is coronary vessel disease (CAD). When you have a heart attack (MI) some heart muscle dies from lack of blood supply. This happens when either the coronary vessel become narrowed/plugged or the heart beat is skipping so much the coronary vessels cannot fill with blood. A significant decrease in pump efficiency (HF) can happen from muscle damage from other causes; viruses, cocaine, drugs, and untreated high blood pressure to name a few. Often called a ‘big heart’ since it dilates as muscle becomes flabby.

Stats: From the Heart Disease and Stroke Statistical Update of AHA

Important: Self-care is a big part of living longer.

Testosterone and the Heart

If you watch evening network programming you realize testosterone use is not totally safe! 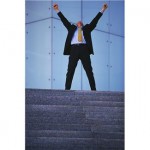 Lawyers are now soliciting cases from those who have suffered cardiac events and death from the use of testosterone.

Medical literature says- start testosterone and within 3 months you increase your risk for a heart event.  Specific studies have shown if you are young (<65) and have a history of heart related problems (clotting causing stroke, high blood pressure) taking testosterone increases substantially your risk for having a heart attack (MI). Also noted in studies that older men (>65) without heart problems will have a 2x increased risk of suffering a heart attack when taking testosterone. Yes the older man studied had testosterone’s benefits of increased muscular strength and mobility but at a cost – heart problems and increase in strokes.

POI: Exogenous (not made by the body) testosterone causes changes in our body: increase risk of clotting, increased blood pressure, polycythemia (increase red blood cells) and decrease in the ‘good’ (HDL) cholesterol. When we take testosterone our estrogens level naturally increases, which can contribute to having cardiovascular-related events (it is known that estrogen therapy is associated with negative heart events in both men and women).

Energy Drinks And Your Heart

Many have speculated that energy drinks are not safe. This is a multibillion-dollar industry with over 500 different ‘buzz’ drinks worldwide.

Background– FDA says caffeinated soda cannot have more than 20mg/100ml. (=3.4 0z.). Meanwhile energy drinks usually pack over 32mg caffeine into every 100 ml. If you missed my earlier post this year on coffee have a quick read. 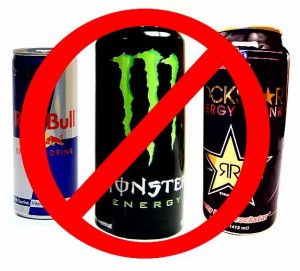 Caffeine is only one of the stimulants in these drinks. Taurine* (amino acid) another stimulant additive is believed to be the culprit in the increase in ER visits (20,000 nationally in 2011) linked to ‘buzz inducing drinks’. After reports of deaths and a non-fatal heart attack (MI) in users the FDA is looking into their safety.  As expected  some labels (including Monster Energy and Rockstar Energy) have sidestepped FDA oversight by rebranding their products as beverages rather than as dietary supplements. As beverages they would be exempt of F.D.A. reporting requirements. As if  deaths and injuries are not enough,  then they can be purchased with food stamps, but on the good side then ingredients must be listed on the can.

How do these drinks impact our hearts? No brainer additives are known stimulants and we all know what ‘stimulants’ can do. Doctors at the University Bonn, Germany studied 31 healthy men and women (yes a small sample, avg. age 28) by performing a cardiac MRI before and an hour after drinking an energy drink (containing 32mg caffeine/100ml & 400mg/100ml of taurine).

Results – there was no change in the heart rate, blood pressure but a significant increase in ‘peak systolic strain’ and ‘peak systolic rate’.  ‘Strain’ occurs as stress is applied and measures heart’s ability to contract. But what does this mean short term or long term to the heart?

Interestingly researchers isolated a caffeine only drink and did not see the same ‘strain’ effects. So is it the taurine or a synergy of caffeine with taurine? Did you know Rockst*r Energy Drink contains 1000mg taurine in 8 oz.?

Use your brain and consider what you are putting into your body! Always read labels, please!

* Taurine occurs naturally in our bodies and can increase release of calcium in muscles including heart muscle.

NSAIDs and Your Heart

I am sure you were often told to take ibuprofen or another ‘NSAID’ – nonsteroidal anti-inflammatory class of drugs rather narcotics for minor pains and swelling.  NSAIDs are very widely used to manage pain especially that associated with inflammatory conditions.This class of medication actually can ‘cure’  what is causing your pain, by going to the source – reducing inflammation while taking  narcotics only fools the brain into thinking pain is gone but your problem is really not improved.

It is well-known that taking aspirin can cause stomach problems (termed ‘GI complications’) and possibly bleeding ulcers but so do NSAIDs.

A newer generation of NSAID was engineered – coxibs –  without as much GI side effects, BUT the trade off was an increase in heart attacks risk and death. They are prescription celecoxib (Celebrex®), rofecoxib (Vioxx®), etoricoxib (Arcoxia®), and lumiracoxib (Prexige®).

Recent analysis of many studies showed that taking high doses of some commonly used NSAIDs increased the risk of major vascular events for the users. This included non-fatal MI (heart attack), non-fatal stroke, or vascular death, death, and GI bleeding. Heart failure risk was roughly doubled in all who used NSAIDs. Researchers showed that the likelihood of such events increase by a third. The good news is that the degree of vascular complication from using NSAIDs can be educatedly guessed by the treating provider.

This analysis appeared in British publication “The Lancet” one of the best-known and oldest (1823) medical journals in the world.*

CAVEAT: Less is more when it comes to drugs – remember you are putting chemicals into your body.

FYI: Well known is that in children and teens taking NSAID can cause kidney damage.

Have you heard of this diet? The traditional Mediterranean diet  is characterized by generous use of unrefined olive oil (extra-virgin), fruit, nuts, vegetables, legumes (include alfalfa, clover, peas, beans, lentils, lupins, mesquite, carob, soybeans, and peanuts) and cereals, some fish and poultry, and small amounts of dairy products, red meat, processed (chemically treated) meats, and sweets. So think of the Mediterranean diet as a “plant-based” diet. Also a critical component of this diet is what DocHandal preaches – moderate amounts of wine (preferably red) with your meals. (Check with your doc first!)

A recent study in Spain showed that a diet incorporating extra-virgin olive oil or a diet rich in nuts was better than a low-fat diet to lower the rate of major cardiovascular events in folks already at increased risk for heart disease.

This study is unique in that it choose over 7,000 participants (of which 57% were women) who were free of cardiovascular disease (CVD) events (never had ex: heart attack-MI, angina, irregular heard rate) at the start. Even though free at the start of CVD,  these participants all had positive risk factors that lead to cardiovascular disease events – either Diabetes or at least three important cardiovascular risk factors, such as smoking, hypertension, or obesity, family history, high cholesterol. Important to remember that all the participants were already at risk for cardiovascular events. All received education – face to face 4/yr. and depending on group assignment, either received free extra-virgin olive oil or free mixed nuts. The study’s goal was to find out what diet could prevent progression to a CVD event.

A Mediterranean diet supplemented with extra-virgin olive oil or mixed nuts saw a reduction in the rate of major cardiovascular events by nearly 30% compared with the control group eating a low-fat diet over 4.8 years.

This study does not say but one may infer that the Mediterranean diet is good for anyone even those without risk factors for heart disease.