Atrial fibrillation (AFib) is a common arrhythmia – irregularly irregular heart rate, your heart skips around in no pattern. Yes not good, many complications among them stroke!

It was long believed that a drink a day was beneficial and many of us physicians supported this belief, however we NOW need to press ‘pause’ and rethink. Alcohol Effects Your Heart Rhythm.

The Journal of the American Heart Association reports negative effects over time (6 year study) on the atrium (we have a left and right atria)of heart. As the atrium chamber enlarges its pacemaker cells get irritable and fire off in no pattern sending impulses thru-out the heart.

A daily drink may enlarge the atrium and increase risk of atrial fibrillation, according to associations found in the Framingham Heart Study. 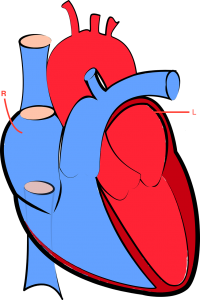 Each additional 10-gram drink of alcohol per day correlated with a 5% higher likelihood of new-onset AFib and a 0.16 mm larger left atrium during 6 years of EKG follow-up. The study estimated that 24% to 75% of the association between chronic alcohol consumption and AFib risk was due to enlargement of the left atria.

“Our study provides the first human evidence of why daily, long-term alcohol consumption may lead to the development of this very common heart rhythm disturbance,” senior author Gregory Marcus, MD, of the University of California San Francisco said in a press release. “We were somewhat surprised that a relatively small amount of alcohol was associated with a larger left atrium and subsequent atrial fibrillation. ”

FACT: One drink is considered to be 12 ounces of beer, 5 ounces of wine, or 1.5 ounces of spirits (hard liquor). Each of these contains about 12 to 14 grams of alcohol.