Blame What Your Mom Drank During Pregnancy 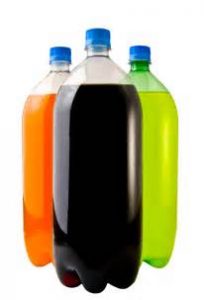 Something everyone knows, it is intuitive, drinking sodas and fruit drinks results in excess weight gain, obesity and type 2 diabetes. But how about when one is pregnant could the child by age 7 suffer from obesity from the sodas mom took while pregnant?

Soda consumed during pregnancy had an effect resulting in higher waist size and BMI for kids years later. A research study* out of Harvard Medical School revealed this reality, another thing to blame your parent for!

This is an impressive study to me; there were face to face meetings with each at the end of the first and second trimesters, and during the first few months after the baby was born. Then kids were followed including measurements, thru out in early childhood, around age 3, and in mid–childhood, around age 8 and up to age 11. Questionnaires on each of kid’s birthdays were filled by moms.

Results- moms who drank more sugary drinks (at least two servings of sugary drinks per day) during had 25% of their children obese by mid–childhood.

The surprise was not the child’s intake of soda but was the mother’s intake during pregnancy having the greater impact on kid’s obesity.