Drinking large amounts of coffee may be bad for those under-55, according to a recent study published in Mayo Clinic Proceedings. A multicenter research team investigated if coffee consumption effects mortality (death) from all causes and impacts deaths from cardiovascular disease. The Aerobics Center Longitudinal Study (ACLS no Advanced Cardiac Life Support) monitored more than 40,000 men and women for an average 16 years. Length of any medical study adds tremendous credibility given there are so so many variables effecting our health. 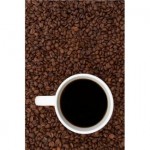 Background: Coffee is third after tea and  water in the beverage consumed around the world. Some quote tea is second only to water but the point is Americans consume more than 500,000 million cups of coffee per day.

According to the latest National Coffee Drinking Study from the National Coffee Association, more than 60% of American adults drink coffee every day, consuming on average just more than 3 cups a day. Coffee has long been suspected to contribute to many chronic health issues. Earlier studies on if coffee consumption is related to deaths from all causes and deaths from coronary heart disease were limited, and  results often controversial. Hence attention to this ‘study’.

Results:  A  number of coffee drinkers were willing to give up sex, alcohol and Facebook for a year to hold on to their caffeine fix. Those who consumed higher amounts of coffee (both men and women) were more likely to smoke and had lower levels of cardiorespiratory fitness.

– More than three-quarters of people surveyed said they would sacrifice sex; alcohol or social media web sites. When asked early AM sex versus coffee – 5% wanted coffee!

– Younger men had a trend toward higher mortality even at lower consumption, but this became significant at about 28 cups per week where there was a 56% increase in mortality from all possible causes.

– Younger women who consumed more than 28 cups of coffee per week also had a greater than 2-fold higher risk of all cause mortality than those who did not drink coffee.

Dr Lavie and colleagues found that those who reported drinking 28 or more cups of coffee per week had a 21% higher mortality during mean nearly 15 year follow-up, but this was increased by 56 % in men 55 years.