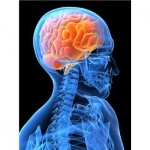 – beet juice taken by older subjects (>70 years), who then had brain MRIs showed a measurably improvement in blood flow. Apparently the nitrates, in beets, carrots and other brightly colored root vegetables, are converted into nitrite in the body. Nitrite, by the way, is the stuff that makes Viagra get its groove on.

– almond butter works because of its high concentration of Vit. E

– blueberries, high in flavanols an antioxidant and decreases inflammation

– cherry tomatoes, the deep red means more carotenoid content especially from the skin which is rich in lycopene (one of the carotenoids, plant pigment) boosts mood by inhibiting brain inflammation which results in depression.