I want to communicate some recent gripping medical news, specifically what’s up with sugar and new SARS-CoV-2 variants.

About 40% of American adults are obese, which predisposes them to type 2 diabetes, heart disease, cancer, and premature death. Moreover, obesity rates are higher among Black and Hispanic adults compared with white and Asian adults. The prevalence is highest among adults with low income and limited education. 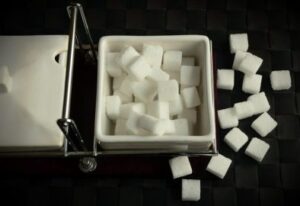 Nearly three-quarters of Americans are overweight or obese, conditions directly related to sugar consumption. Some 128 million Americans are diabetic or pre-diabetic, and 90% of those with pre-diabetes don’t know they have it. Nine of the 10 leading causes of death in the U.S. are a result of or made worse by, poor blood sugar. Children are developing increasing rates of fatty liver disease and chronic liver dysfunction — up 62% in the past 10 years. Have a read on a recent past blog on children and diabetes.

COVID-19 has been shown to be significantly more lethal in individuals with high blood sugar, and diabetes and obesity are key drivers of mortality.

The recommendations for added sugar in the 2020-2025 USDA dietary guidelines — released under the Trump administration — a result I believe from the sugar industry lobbying, also the processed food industry, and financial gains.

These recommendations were made despite the science and will continue to cause significant harm to American children and adults, with unfortunate health and financial ramifications for years to come.

USDA Guidelines recommend a sugar quota to less than 6% of total calories, from its current level of 10%, and give Americans a fighting chance at health. The Committee suggests that “less than 6% of energy from added sugars is more consistent with a dietary pattern that is nutritionally adequate.” The suggested 4% drop in total calories from added sugar (from 10% to 6%) might not seem like a lot, but it represents 20 grams of sugar per person, per day, which adds up to roughly 2,400,000,000,000 — that’s two trillion four hundred billion — extra grams of sugar per year consumed in the U.S. 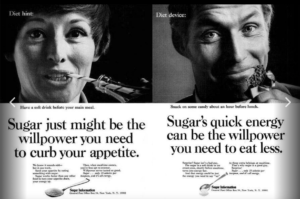 Will continue until spread can be stopped! It is only as the virus travels into someone else-infects another human host that it can change its sequencing. These changes which can be multiple determine its transmission rate and severity of illness it can cause.

At this writing, there are at least 6 concerning variants. customarily given names like ‘B1526’ first reported in NYC, or B1351 from South Africa. B117, the variant first detected in Kent, England. Newest from Nigeria B1525.

Stay tuned medical news will continue to share new variants. We must along with getting the ‘jab’- continue to follow social distancing and mask-wearing. The pharmaceutical companies are already trying to guess which variants contain dangerous changes to its code that vaccines must target.