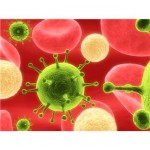 New mutated virus from the known H7N9 has been identified in China – yes  a relative of the H5N1 Influenza A subtype, you may recall from ‘avian flu’ outbreak in China from 2006-2008

However features of this bird flu strain make it more dangerous:

-injected poultry do not show signs of illness

-can spreads to other animals, found already in pigs

-spreads to humans, severe pneumonias in those that have contact with injected animals.

-deaths have started to be recorded in China’s eastern province

The good news –  if you can think of any aspect of this as such –  China has already shared with the global medical community the virus genetic sequence. Watch news for more on this mutated virus.