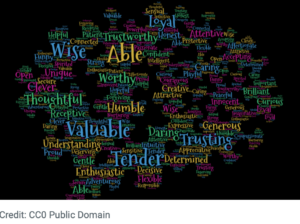 The immune system is front and center with this pandemic raging. It is not a simple system, have a read of a recent blog dealing with COVID-19immunity. Also, have a listen to Immunity podcast and enjoy this insight. Little Known -the immune system directly links personality to the long-term risk of death. Sounds scary?  A recent study sheds new light on why people who are more conscientious tend to live longer.

Results from the new international study published in the Journal Brain, Behavior, and Immunity have found that the immune system plays a previously unknown role in the link between personality traits and long-term risk of death. Recall from previous blog activities of the immune system.

The question is how is there a biological pathway? One that can be altered? Personality rules your risk of early death. Thru observation, it was shown that people scoring lower on the personality trait of conscientiousness (a tendency to be responsible, organized, and capable of self-control) can be at a 40% increased risk of future death compared to their higher scoring counterparts. Conscientious individuals – you know the personality – live longer as a result of their immune system, specifically due to lower levels of a biological marker called interleukin-6. Present in one of our genes and enhances antibody production.

The study was drawing on data from the Midlife in the United States Longitudinal Study carried out on 957 adults who were examined over a 14-year period. Other centers were in Humboldt University, Berlin but principals worked at the University of Limerick, Ireland.