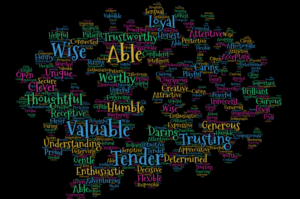 Ground-breaking research out of the University of Limerick (UL) has shown -first time ever- that our immune system directly couples personality to long-term risk of death. A new international study published in the journal Brain, Behavior, and Immunity.

Wow, finally you can explain why ‘nice’ considerate folks seem to live longer. It was long been wondered how our personality affects how long we live but the mechanism was not known. What is ‘personality? The manner we act throughout our lives, from early days, the sum of the consequences of how we think, feel, and act, and in the years before our death.

Other studies had shown that interleukin-6 and c-reactive protein(critical role in immunity) play an important role in age-related morbidity (rate of having a disease). Morbidity leads to mortality. Hence levels of both were tested to see if this would explain how our personality traits are related to how long we live. Result – the more conscientious a person, the lower levels of interleukin-6, and lower risk of early death.

This is the first time an underlying measurable biological marker was directly linked to personality type and then to long-term mortality risk.