Poor eating habits account for beaucoup medical costs, so what do the ‘experts’ say?

Among the many responsibilities of the government is to protect our health; while air & water quality immediately come to mind, know that nutrition is included. Every 5 years, a ‘rethink’ of the dietary guidelines for Americans (over age 2) is done by the National Academy of Sciences’ Institute of Medicine, (advisory committee) hence the 2015-2020 version. These guidelines have are wide reaching including use by the  FDA to generate food labeling data -%DA, for the food industry, manufacturer measures and food assistance programs, to name a few. 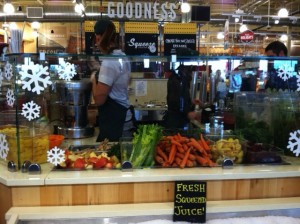 In my blogs I try to give you more then a news program’s teaser, in this case serious depth is called for. Let’s consider the approval process, recommendations come out of the Advisory committee (made up of medical and health related professionals) THEN this scientific report is converted into the FINAL & OFFICIAL ‘dietary guidelines’ by federal agencies, accountable to Congress (which simply put – the lobbyist with the most money are working hardest). Yes there is a political half to it’s creation. I image important content gets massaged out.

Many in the nutrition field think the guidelines do not go far enough to inform the general public, while the authors themselves have been the target of intense attacks over the past year. Two of the authors, Edward Archer, PhD, of the University of Alabama at Birmingham, and Carl Lavie, MD, of the Ochsner Medical Center in New Orleans, were criticized for receiving research funds from Coca Cola.

What you should do is read and listen to your healthcare professional and most importantly your body including your weight. Resources for you include ‘estimated calorie needs by age sex and activity level‘, so many others, check out this list of nutrition and physical activity resources.