Prostate Cancer Treatment -So Many Options 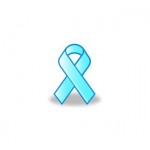 The American Cancer Society estimated that approximately 217,000 men were diagnosed with prostate cancer and that 32,000 deaths were caused by the disease in 2010. For men in the US, prostate cancer is the most common non-dermatologic cancer and the 2nd  highest cause of cancer-related death. Due to advances in screening and detection, many men are now diagnosed at the very earliest stages of prostate cancer, when it is still localized within the prostate gland. Treatment options for clinically localized prostate cancer  (not spread elsewhere) include: watchful waiting -WW(active surveillance-AS), radical prostatectomy RP that is surgery, external beam radiotherapy-EBRT, brachytherapy-BT, and androgen deprivation therapy-APT. But who & how is optimal treatment decided, Listen Up as DocHandal tells you about these complex decision making in this week’s FREE podcast.