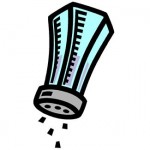 There are over 8 million Diabetics in the US and most are Type 2. Whenever you hear about a research study and hear 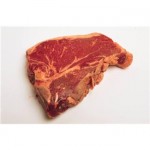 amazing results or deductions you need to be nosy about how the size of the ‘subjects’ that were followed and for how long were the subjects followed. So once you read the above title – you know this has to be credible that is based of large numbers and clear relationship. So you decide.

FINDINGS: Adding more than a one-half serving of red meat (it’s the type of fatty acids) daily for 4 years can increase the risk of type 2 Diabetes Mellitus in the following 4-years.

Researchers found that an increase in red meat consumption of more than one-half servings daily was associated with a 48% higher risk of type 2 Diabetes in the following 4-year period. Researchers revised findings after correcting for the BMI and weight gain factor in subjects – – that is higher risk was reduced from 48% to 30%. Data revealed that in those that decreased red meat consumption by 0.5 serving/day experienced a 14% lowered risk over 15 years.

Care very much what children eat in ages 3-5! A recent study followed over 1,000 pre-school children watching their diet and

“The eating behaviors subscale included whether children were allowed to decide how much they ate, whether they ate while watching television, the number of meals they ate per day, the presence of gagging or trouble swallowing while eating, and whether the child is not hungry at meal time because of frequent drinking,” according to the study.* Parents completed questionnaire to make determinations of behavior risks.

The study revealed at an early age an association between diet and behavior leads to high levels of ‘bad’ lipids. This can predisposing to later risk of cardiovascular disease.

Have you heard of this diet? The traditional Mediterranean diet  is characterized by generous use of unrefined olive oil (extra-virgin), fruit, nuts, vegetables, legumes (include alfalfa, clover, peas, beans, lentils, lupins, mesquite, carob, soybeans, and peanuts) and cereals, some fish and poultry, and small amounts of dairy products, red meat, processed (chemically treated) meats, and sweets. So think of the Mediterranean diet as a “plant-based” diet. Also a critical component of this diet is what DocHandal preaches – moderate amounts of wine (preferably red) with your meals. (Check with your doc first!)

A recent study in Spain showed that a diet incorporating extra-virgin olive oil or a diet rich in nuts was better than a low-fat diet to lower the rate of major cardiovascular events in folks already at increased risk for heart disease.

This study is unique in that it choose over 7,000 participants (of which 57% were women) who were free of cardiovascular disease (CVD) events (never had ex: heart attack-MI, angina, irregular heard rate) at the start. Even though free at the start of CVD,  these participants all had positive risk factors that lead to cardiovascular disease events – either Diabetes or at least three important cardiovascular risk factors, such as smoking, hypertension, or obesity, family history, high cholesterol. Important to remember that all the participants were already at risk for cardiovascular events. All received education – face to face 4/yr. and depending on group assignment, either received free extra-virgin olive oil or free mixed nuts. The study’s goal was to find out what diet could prevent progression to a CVD event.

A Mediterranean diet supplemented with extra-virgin olive oil or mixed nuts saw a reduction in the rate of major cardiovascular events by nearly 30% compared with the control group eating a low-fat diet over 4.8 years.

This study does not say but one may infer that the Mediterranean diet is good for anyone even those without risk factors for heart disease.

Stroke: How to Decrease the Odds

A recent long-term study out of Sweden* enlisted 366,715 women some with known/diagnosed cardiovascular disease (CVD) and some w/o. The number with known CVD was 5,680 at the start of the study.  Correlation was sought between anti-oxidants in their diets and risk for stroke. Women were evaluated for 11 years.

Dochandal’s Nutshell of the Findings:

-In women with known CVD at start who consumed high dietary antioxidants – were 46%-57% less likely to have a stroke.

-Researchers studied ‘all’ possible antioxidants not specifics like Vitamin C or E but using values for each food in their diets.

-Outcome from this study found associations based on frequency of taking antioxidants not the amounts.

You know antioxidants are good for many of health matters-right! 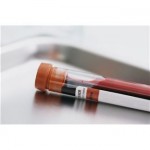 The 1997 Dietary Reference Intake (DRI) values for vitamin D is too low, as are many of the recommendation from that year. Remember a vitamin is something your body needs but can not make. Emerging research supports the possible role of vitamin D in protecting against cancer, heart disease, fractures and falls, autoimmune diseases, influenza, type 2 diabetes, and depression.

Ultraviolet B rays from sun can allow our body to make Vitamin D from cholesterol! Need to get at least 15 minutes a day of direct sunlight, those of us that are dark skinned, obese or living north of the line from San Francisco to Philadelphia (latitude) need more sun exposure and/or Vit. D3 supplements. Most important function of this Vitamin is to maintain a balance in Calcium and Phosphorous -guessed it for bone health! Adults ages 50-70 were told to take 400 IU daily, but today a dose of over 1,000 IU is recommended.Doctors for a long time have been telling patients to take much more than the DRI. Number watchers believe over 1 billion people worldwide, (all ethnicities/ages), have a vitamin D deficiency. Very much a routine blood test, find out if you are deficient.

Detected early, the 3rd most common cancer in the US, could decrease the numbers – 55,000 deaths a year! Learn the causes symptoms and what you can do to decrease your odds. Take a few minutes and Listen UP! to  this weeks podcast on DocHandal Speaks iTunes channel.