Men: When You Eat Matters to Your Heart!

DocHandal tries to bring you the latest research findings that docs like herself read and use. This blog hopes to share some and guide you to reading more, after all it is your body guys! 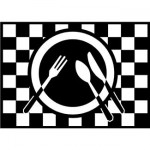 American Heart Association Guide for Improving Cardiovascular Health at the Community Level, 2013 Update*  This study looked at 26,902 men, ages 45 to 82, free from cardiovascular disease and cancer at the start of a 16-year study. Researchers found those who skip breakfast or eat late at night could be at increased risk of developing coronary heart disease. Specifically for this study male health professionals were used. They freely admitted they regularly skipped breakfast, and were found 27% more likely to die while those who ate late at night had a 55% increase in cardiac death.

Important to note it did not appear to matter how frequently they ate a day.

REsearchers caution that, these associations appeared to be mediated by BMI (body mass index), development of hypertension, hypercholesterolemia, and diabetes over the years of the study.

A must read (quick) is the current guidelines by USDA and DHHS for diet.

Care very much what children eat in ages 3-5! A recent study followed over 1,000 pre-school children watching their diet and

“The eating behaviors subscale included whether children were allowed to decide how much they ate, whether they ate while watching television, the number of meals they ate per day, the presence of gagging or trouble swallowing while eating, and whether the child is not hungry at meal time because of frequent drinking,” according to the study.* Parents completed questionnaire to make determinations of behavior risks.

The study revealed at an early age an association between diet and behavior leads to high levels of ‘bad’ lipids. This can predisposing to later risk of cardiovascular disease.

Go Red – For Your Heart!

More women than men have heart attacks! Heart disease is the No. 1 ‘killer’ in women more than all forms of cancer combined.  According to the American Heart Association (AHA)  ‘one in 31 American women dies from breast cancer each year, heart disease claims the lives of one in three. That’s roughly one death each minute’.

Heart disease affects women of all ages.  Birth control pills and smoking boosts risk in young women by 20 percent. Yes risks do increase with age; things like obesity and/or inactive lifestyle contribute to clogged arteries later in life. Having high cholesterol and being thin is NOT a free ‘get of jail card’. The AHA recommends you start getting your cholesterol checked at age 20, or earlier, if your family has a history of heart disease. Also always watch your blood pressure readings.

Many women are either unaware of heart symptoms or may rationalize pains/aches as due to other causes. Examples for chest/arm, neck or jaw aches/pains include ‘my bra is too tight’, ‘I worked out too much’, ‘I over did it cleaning’. Some women experience dizziness, tiredness, lightheadedness or actually faint! Fainting without anything else is common elderly women. Know they all could be ‘screaming’ symptoms of a heart attack/disease. You do not have to have any symptoms over 60% of women who die suddenly from heart attacks NEVER had any symptoms! Yes it is possible they did have symptoms but either they themselves or their healthcare provider(s) ignored them. AGAIN women do not get the ‘classic’ chest pain described in medical books (based on studies of men).

For more listen to Doc Handal’s podcast channel –  ‘About A Woman’s Heart‘.