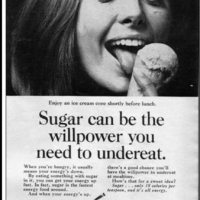 Yes, overdoing sugar in your diet will cause obesity and diabetes however using sugar substitutes is not totally safe.

They are everywhere, hidden in toothpaste children’s chewable vitamins yogurts breakfast cereals, and many more everyday dietary items. Some sweetness comes with warnings -phenylalanine for example is dangerous for people with the genetic disorder phenylketonuria (PKU)

The fact is ‘good’ bacteria, E. coli (Escherichia coli) and E. faecalis (Enterococcus faecalis) live safely in our digestive tract. However, when ASs and these bacteria get together bad things can happen.

It has been known that these chemicals change the number and type of bacteria in our digestive tract (aka gut). The presence of these sweeteners can change the way our ‘good’ bacteria act and make them invasive. That is attacking the lining of the intestine wall. The study published in the International Journal of Molecular Sciences is the first study to show the conversion from a benign harmless bacteria in our gut to a pathogenic one. You ask how does this occurs. The AS as it passes through the lining of the intestinal wall causes bacteria to become invasive. Bacteria will go into our bloodstream unto the lymph nodes, the liver, and the spleen causing a number of infections. Remember bacteria is to live in the gut not to go elsewhere.

This new study discovered that the concentration of artificial sweeteners in as little as two cans of diet soft drink, no matter the artificial sweetener, causes increased adhesion of E. coli and E. faecalis to the intestinal wall developing a ‘biofilm’. Invasive activity occurs.  Antibiotics can not get to these bacteria.

Saccharin is the exception to artificial sweeteners causing bacteria to invade the wall of the gut.

Bacteria in your bloodstream causes sepsis, overwhelming infection, and is a common cause of death.

I hope you have gotten the picture!